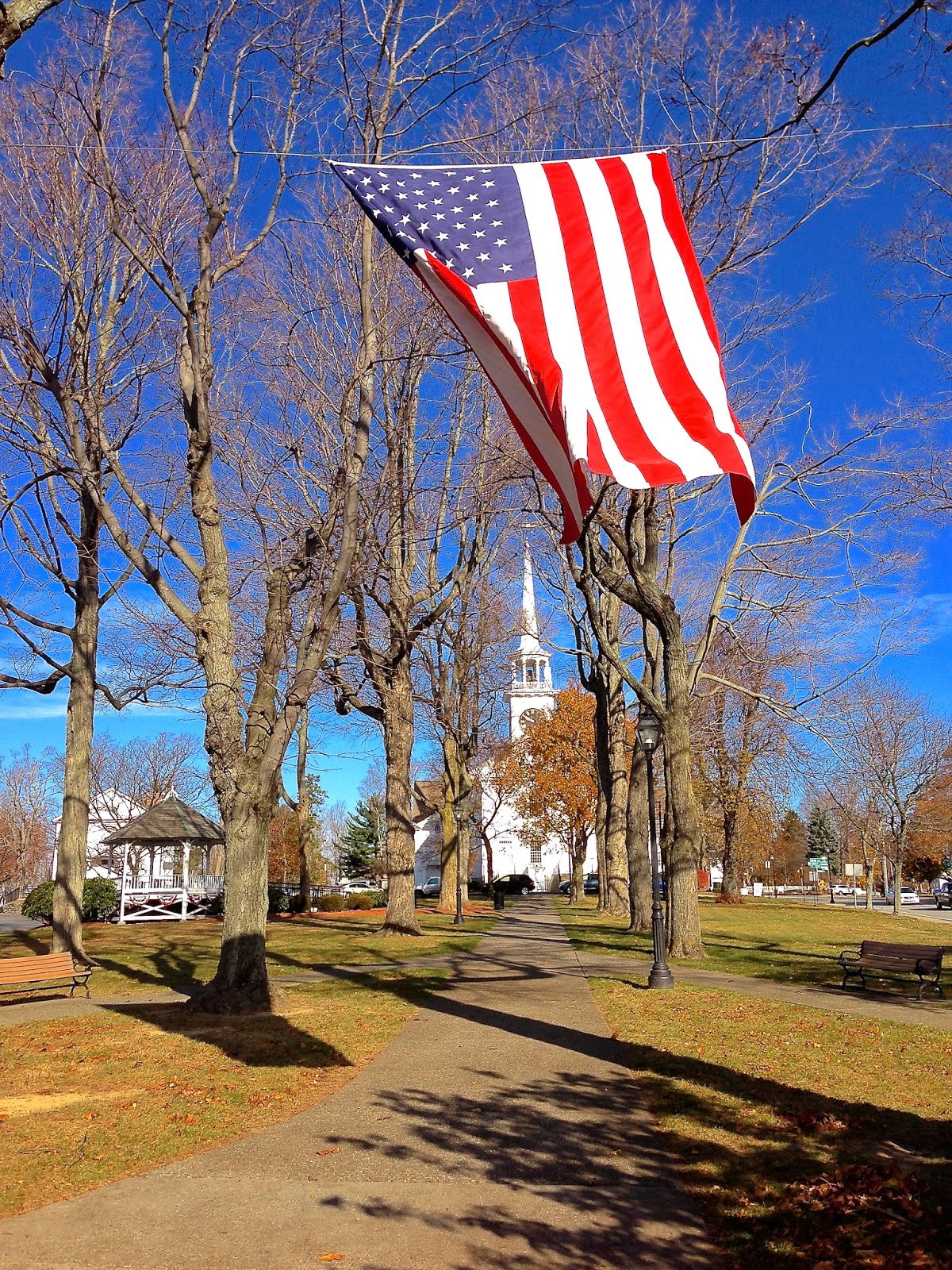 My previous post lists the 29 men on the Civil War Monument on the Shrewsbury, Massachusetts town common. Most of their deaths are recorded all together in the vital records of the Town Clerk of Shrewsbury, and can be found here on Ancestry.com. The clerk took the time to mention some details of their enlistment and death circumstances. Here are just a few.

Nathan B. Garfield
10 May 1864 (sic), Nathan B. Garfield, 28 years, 3 months and 27 days old, died in Petersburg, Va., male, single, apothecary, born in Shrewsbury, son of Jonas and Rhoda Garfield, died of "gunshot wound in abdomen. Mr. Garfield enlisted from Shrewsbury… in 25 Regt. Co. I as private and was wounded in abdomen during the battle in front of Petersburg, Va. May 9, and died the next day."

Several died of bullet wounds: Franklin J. Perry was "shot through the head and died instantly at battle of Coal Harbor, Va." on And Charles F. Rice died at Spottsylvania, Va. of gunshot wounds on May 8th of 1864. And Master Sergeant William H. Williams, 20, bootmaker, died in the Battle of the Wilderness, Va., "at the head of his men, by being shot in forehead, neck and breast." 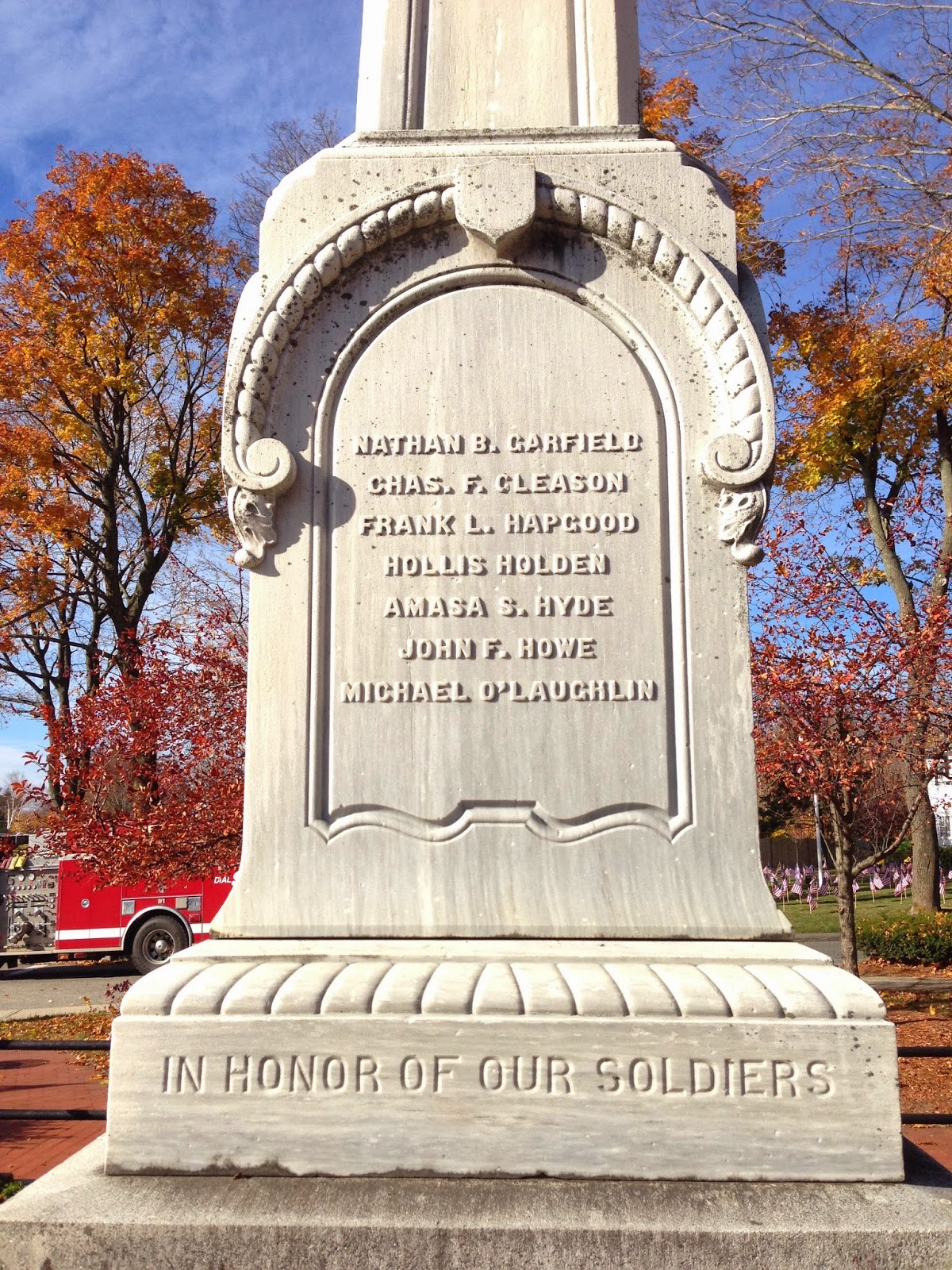 IN HONOR OF OUR SOLDIERS 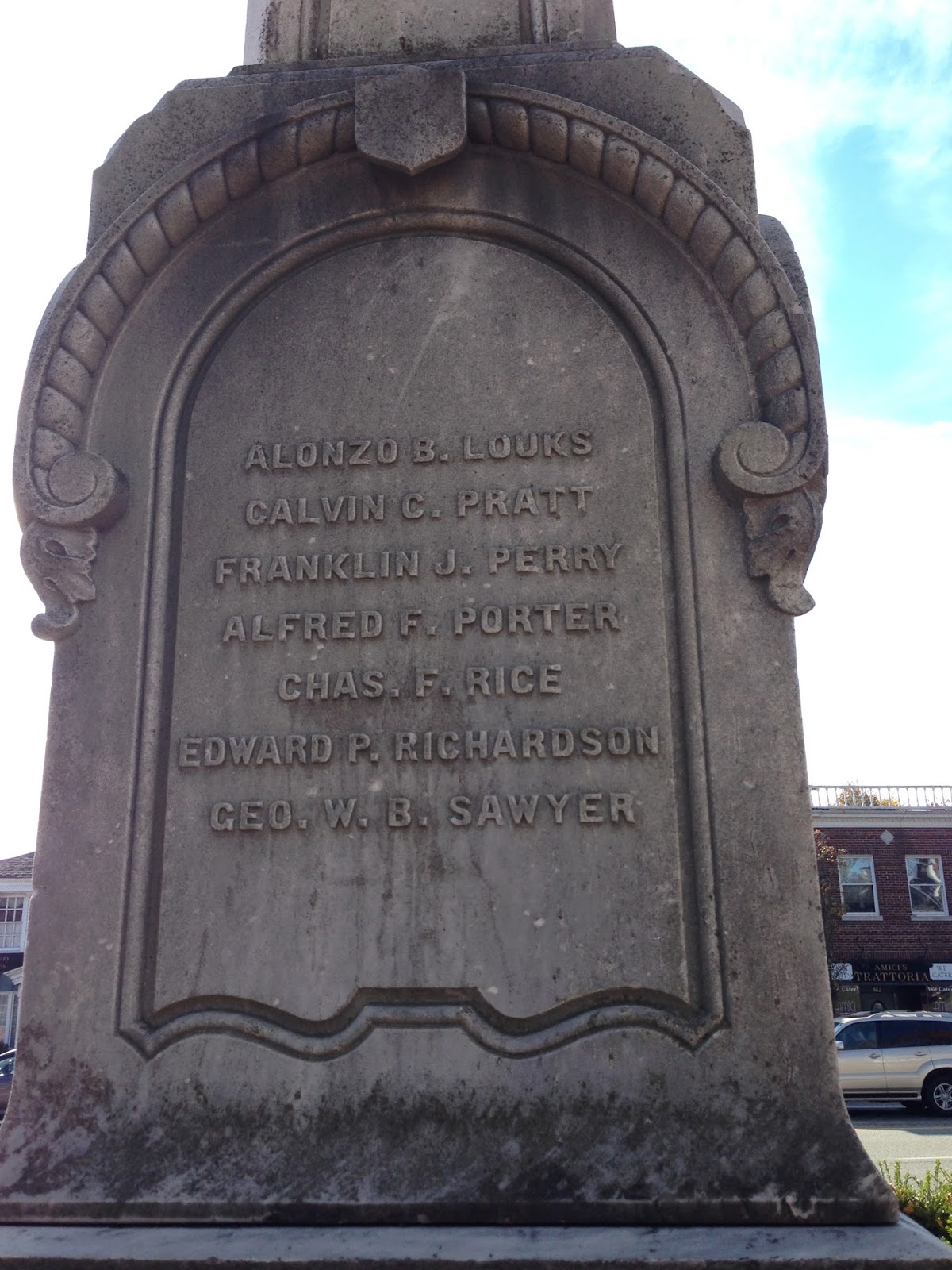 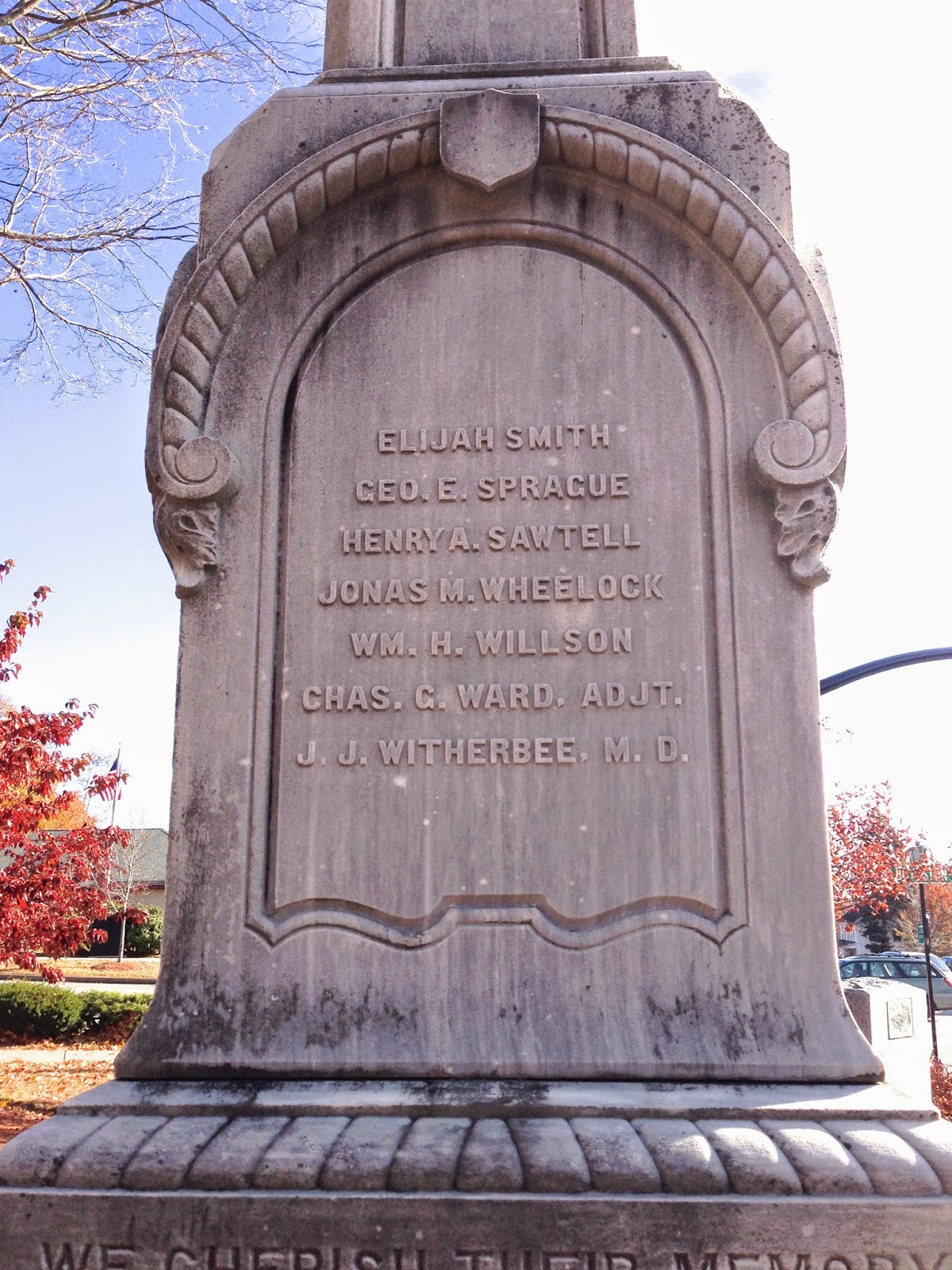 WE CHERISH THEIR MEMORY 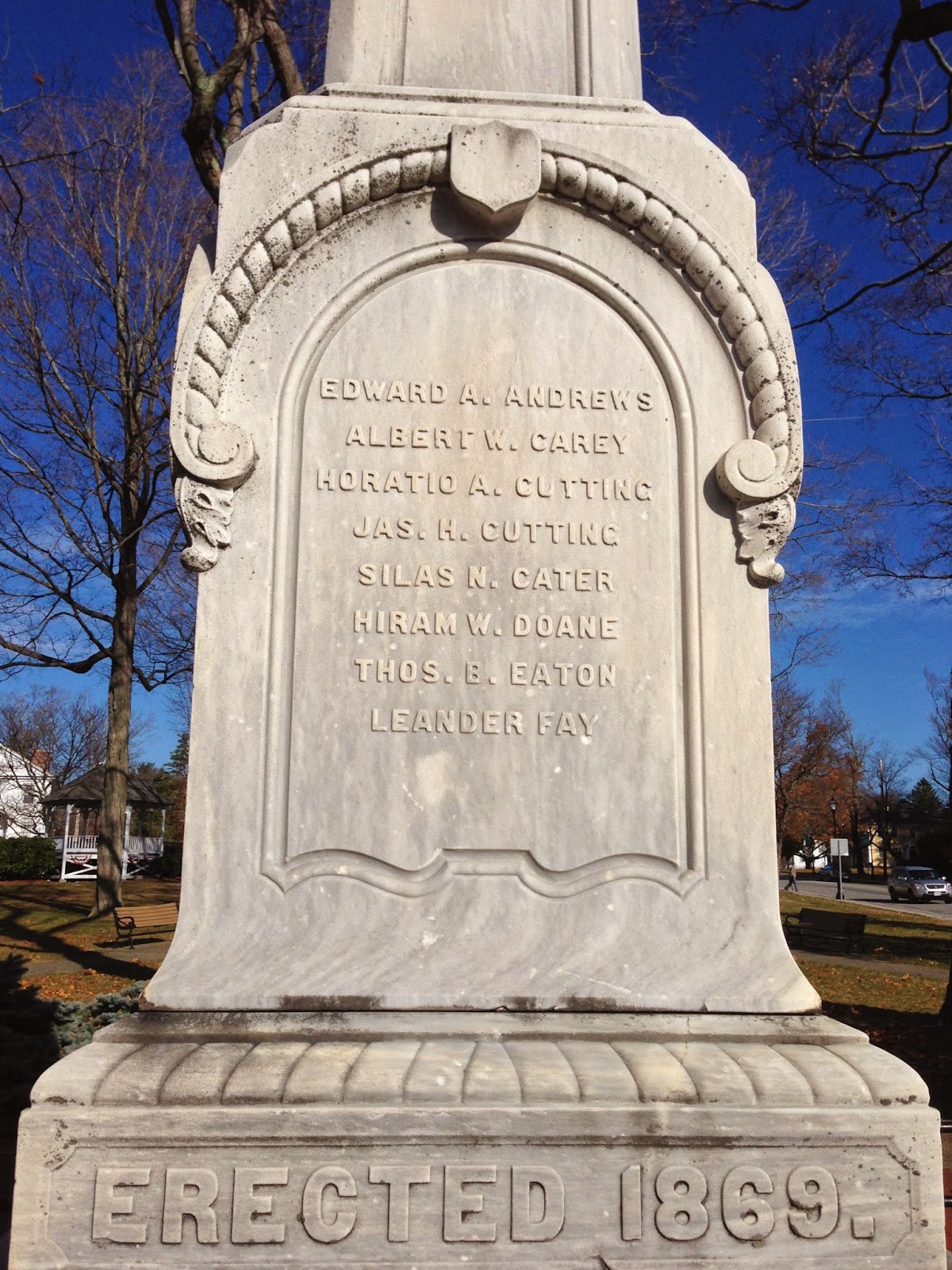 Visit Waymarking.com for some detail.
Posted by Polly F. Kimmitt at 7:48 PM No comments: