Proof That You Can't Judge a Book By Its Cover

I recently attend the 41st Triennial Congress of the General Society of Mayflower Descendants in Plymouth, Massachusetts, along with ~599 other enthusiastic descendants of our earliest Massachusetts settlers. It was a great experience and many exciting developments of genealogical import were announced. More on that in a later post.

One little fun aspect was a freebie book table. I don't need any more books and I try not to browse, but they were from the Mayflower Society's library and so I had a gander. I picked up one called Vermont Guide since many of my clients' ancestors migrated up to Vermont and then to NY and I thought it might be of interest. 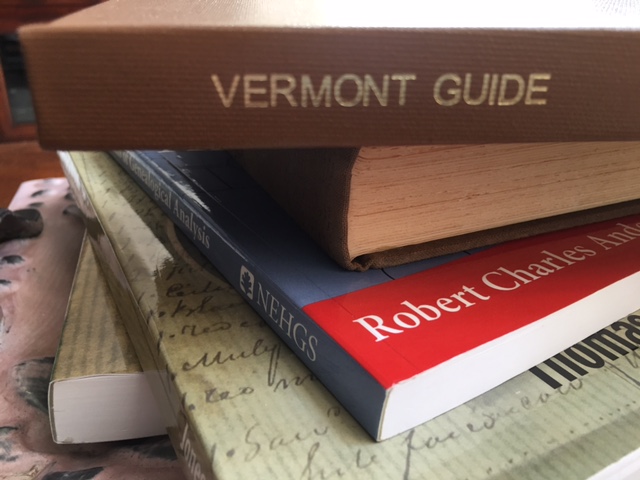 I opened to the first page and found the page below. So far, cover and inside match. No date of publication, and clearly about Vermont. 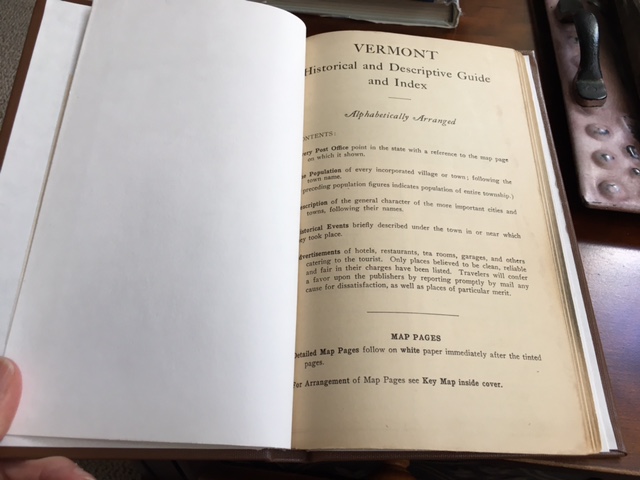 By thumbing through I learned that it is several booklets, only the first 50 of 173 pages of which are about Vermont! 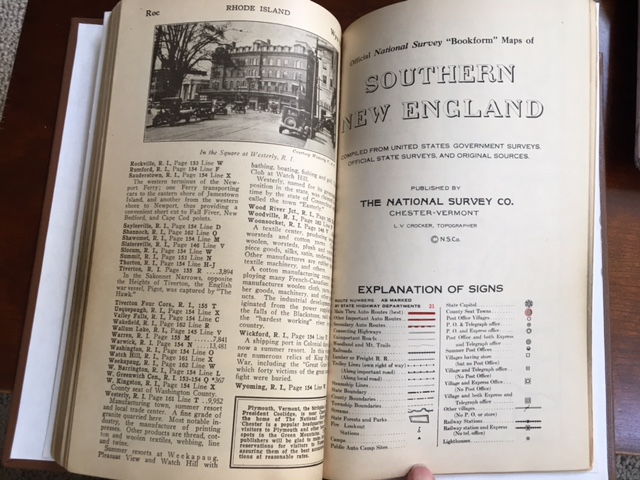 The booklets are numbered sequentially and bound in order. They cover all of the New England states and those that are dated were published in 1926. For each town it gives the map reference, population, description, historical events and advertisements. So what we really have inside is well beyond a guide to Vermont. [Official National Survey Maps and Guide for Vermont, New Hampshire, Maine and Southern New England  (Massachusetts, Connecticut and Rhode Island) (Chester, Vermont: National Survey Co., 1926).]


On top of that, someone has added bits of extraneous articles that got bound right in with the booklets. 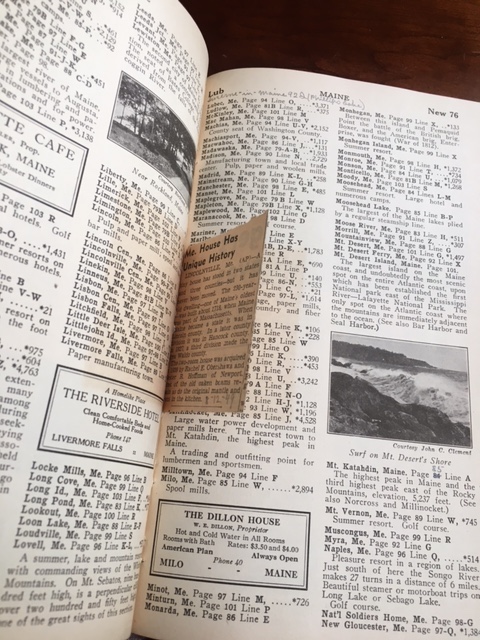 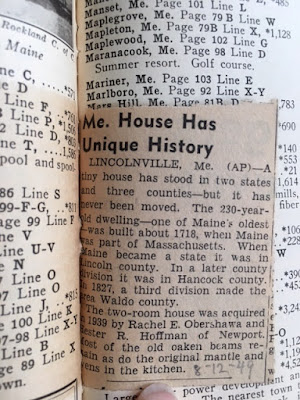 Above is a typical story of a house that remained in one place but fell into the jurisdictions of multiple states and counties over time--a not uncommon story.

Somebody also made annotations, especially Native American names of towns/areas. For Scituate it references the Bates' sisters house and the site of the Old Oaken Bucket.

The clip below is a bit of a head-scratcher and causes the immediate urge to Google, but I'll leave that to you! 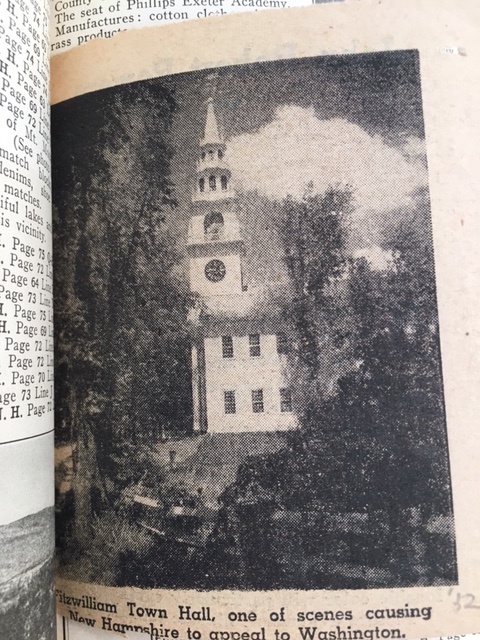 So instead of simply a Vermont Guide we have a 1926 New England business directory specialized in travel, along the lines of AAA's guides, but with customized with personal notes. See what you can miss if you don't at least flip through the pages of a book?