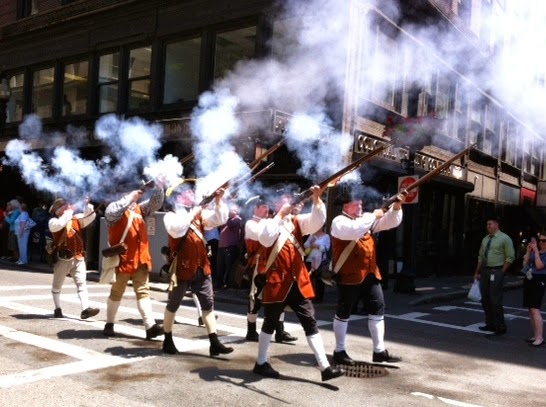 Today at a parade I unintentionally did something hurtful. It took me a few minutes to realize it but now I feel awful about it and first want to examine how it happened, then apologize to the universe for my unthinking response. 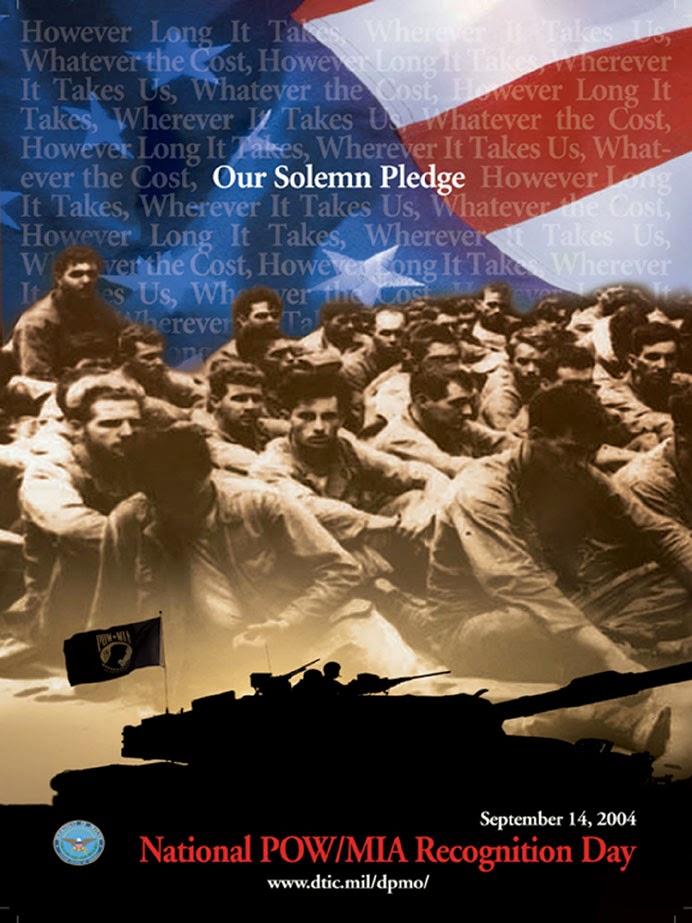 Why I Should Know Better
I perform two kinds of genealogy research: traditional and forensic. Forensic cases usually have some kind of legal implication and include sub-categories like probate heir search, dual citizenship, oil and gas mineral rights, and military repatriation. I focus on military repatriation and dual citizenship. When I mention that I've done repatriation cases for the US Army people congratulate me and tell me what a great thing I do. But I'm not in the military. I don't deserve any praise. Their thanks is misplaced, but that's okay--I know what they mean. Like I am, they are glad that we are returning the remains to the families and paying tribute to the service of their loved ones. I feel honored to work on these cases, and they leave me with a feeling of satisfaction that other genealogy work sometimes does not.

Why I Shouldn't Have Done It
I think a lot about the trauma servicemen and women have suffered: the PTSD, difficulties re-integrate into society and trying to quiet their minds. War is godawful and nightmarish, and none of us can really understand what they go through. I get that. I thought I was sensitive to it. So imagine my horror today when I pretty much laughed off someone suffering from PTSD. 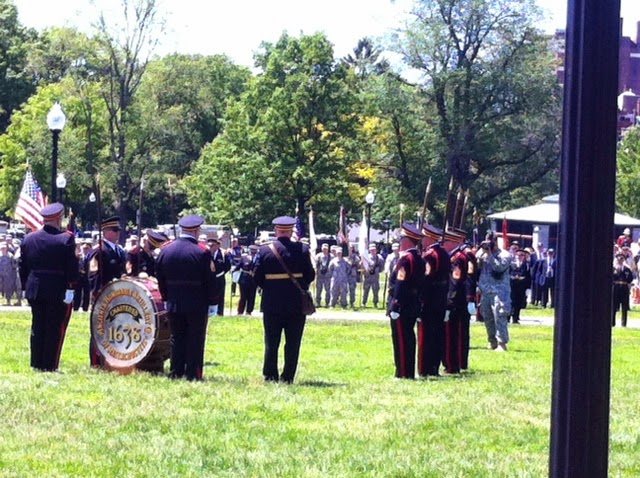 I went into Boston to attend June Day, the parade and election ceremony of the Ancient and Honorable Artillery Company, the oldest chartered military organization in the US. They hold Drumhead--a ceremony where they tally their election results on the head of a drum, as it was done in 1638. This year's honored guests were the Honourable Artillery Company of London. There were servicemen everywhere, proudly marching in uniform, wielding flags, beating drums, looking impressive. And there were historical re-enactors about as well. Tourists, schoolchildren, and crusty Bostonian curmudgeons alike stopped and watched as they all filed from Faneuil Hall to the Boston Common.

As the parade passed, several of the units paused to shoot volleys into the air and they were LOUD. And SUDDEN. And there was lots of SMOKE in the air. My first thought was of the victims of last year's Boston Marathon bombings. Wouldn't this make them nervous? What must it be like for people who have suffered to suddenly be in a situation just like one that hurt them? It's not like today is Memorial Day or the Fourth of July. Who's ever heard of the Ancient and Honorable Military Company anyway? As the kids would say, it was so "random." So I did think about it, but apparently not for long enough.

As we hurried along to get to the spot on the Common where they would celebrate the Drumhead I overhead two men talking. One of them said, very animatedly, "They should tell people! I came out of Walmart and almost hit the deck!" He was sort of smiling and I thought he was just being funny. I found this highly amusing. How could they tell everyone? We had just been discussing how poorly advertised this event was, and what a shame that was no one knew what it was for. 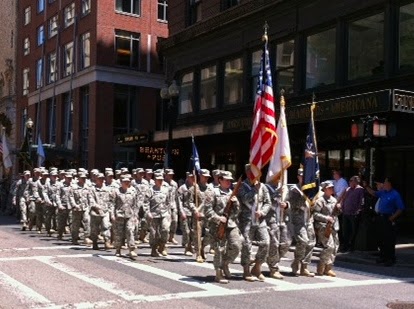 At that precise moment it did not occur to me that this, right in front of me, was PTSD in action. Despite his demeanor, he was shaken. I guess in my imagination I thought he would be shaking or crying or freaking in some way, but he was just excitedly telling his friend. His body language did not indicate distress. So I told a few of the ladies about it, saying "Oh, how could they tell everyone? Isn't that cute? They couldn't even publicize it for people who were dying to know about it" sort of thing. The guy, still not annoyed or looking at all traumatized, then came up to me and said, "You have to understand, this affects me because I did seven years over there." WHAM. Oh. These guys are tough. They don't necessarily collapse in a heap when they are upset about something. His way of dealing with it was to tell his friend, and I guess even that is a stretch for some people. I just didn't recognize it for what it was. Once he actually told me I was appalled, of course. Here I thought I was so sensitive to the issue, and still didn't see if for what it was.

I can only hope that my moment of stupidity has served to bridge that gap and that I will never unthinkingly assume everyone around me comes from the same place of safety and peace that I do. Mr. Seven-Year Vet, I'm so sorry. I hope for you that the beauty and pride of this ceremony, and the acknowledgement of gratitude to servicemen like you that was expressed over and over today will help mend your pain.

I feel strongly that the US does not currently take good care of our veterans. Basically, the VA system is irreparably broken and it costs too much to hand out insurance to every vet. No one wants to pay for it because, hello, that payment would come in the form of taxes, and many Americans seem to think no cause is worthwhile if it can only be paid for with taxes. The servicemen I research are deceased, but these returning vets are alive. We can show them our gratitude by taking care of their wounded bodies and souls and helping them heal. 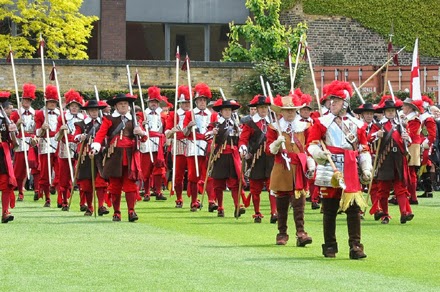