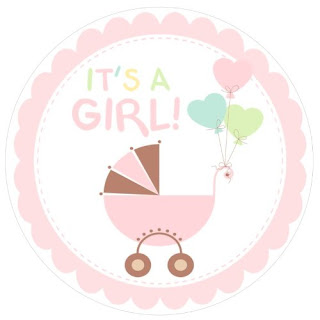 This was my year to study DNA in more detail, so I enrolled in the Advanced Genetic Genealogy course at the July 2017 Genealogical Research Institute of Pittsburgh (GRIP). It was an informative and fun class, led by CeCe Moore and Blaine Bettinger. Late at night on the first day of class I visited 23andme.com to explore a tool mentioned in class that I hadn't played with much. When I navigated to the "DNA Relatives" page, imagine my shock when I saw this!


I nearly jumped out of my skin and had to stifle a squeal of delight. I messaged my match noting that we shared a goodly amount of DNA and I was ready to hear her story. Then I started my calculations. At 25% the relationship also could have been half sister, double first cousin or grandparent/grandchild. I was able to rule out everything but niece. I noted that the test taker's mtDNA haplogroup was A2g1 and in my initial late-night Googling found that meant either Asian or Native American maternal lineage. Well, well!  I was therefore sure this was not my sister's child. I have two brothers. One served in Vietnam, lived in Massachusetts and (died too young) in 2003. The other one lived in New Mexico for a while but is now in Massachusetts.

Tuesday morning I had a response that she was specifically searching for her father, so I asked if she could provide place and date of birth. In class I was all aflutter but luckily the material being covered was still pretty basic, so I spent the morning investigating.* I didn't want to scare my new relative by asking too many questions. At that point she had provided only a first initial and surname. The surname is Hispanic, and I located a possible candidate from Santa Fe, New Mexico born about 1985, but I couldn't be sure with only a first initial. It just so happens that brother lived in New Mexico in the 80s, so I could tell I was getting warmer. My match then emailed me her date and place of birth: 1985, New Mexico! Bingo, I found her dad!

I spoke with brother on phone and he was shocked! He had not known of this baby and initially had a hard time believing it, having heard that the DNA sites were "BS." I explained the difference between the ethnicity estimates which can be very imprecise, and the actual segment matching which leaves nothing to doubt, and he came around to the science at that point––that New Baby Girl Niece and I were a 25% match and he had a not-so-new child. I advised he just go let it sink in for a day.

From then on in I served as intermediary, trying not to push Newest Precious Niece to share too much about herself, but wanting to see that raw DNA file so that I could make a direct comparison, since brother had tested at Family Tree DNA. By uploading both raw data files to Gedmatch I could directly compare and there would be no doubt. After only a day brother was so intrigued that he was ready to meet her! I can only imagine what they both were going through at that time. I just know that I felt much as I did the on the days all of my nieces and nephews were born. This surprised me a bit! How can you instantly feel love for someone you've never met? It must be built into our genes. It took all of my self-control not to ask questions or be too creepily warm and welcoming, so I tried to just let her know that wow, but okay, we're on board!

My good friend (a psychologist) told me that both of them (and their families) would need at least a couple of months to come to terms with this news, so once I connected them by providing emails, I backed out of the situation completely. Brother broke the news to his wife and three children. And Adorable Accomplished Artsy Niece planned a trip north to meet her dad, accompanied by her good friend.

So I got to meet this Brand New Relative two days ago. Her name is Raelynn. She is lovely. I'm a little freaked out at how familiar she seems. She is a really nice young woman (and so is her friend). She is well educated, has good manners, is a great conversationalist, is artistic, has a good sense of humor, and a great job. The most amazing thing is that she managed to get my husband to talk, not an easy feat! As we spoke and she registered various emotions I could see the features of other family members skittering across her face.  She says her thoughts have often been drawn to coming north to visit, with images of seafaring people and stained glass windows. I don't discount these feelings and wonder what mysterious force could be giving her hints of her ancestry all along. Most of her paternal ancestors have lived near the sea, and she's got a number of sea captains and mariners in her ancestry, not to mention Mayflower. 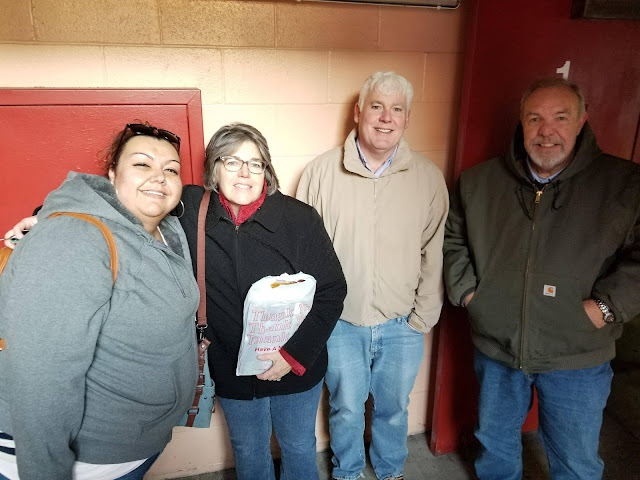 [I don't like this pic because I wasn't ready with my smile yet. I felt a lot happier than I look!]