He's not American. Is he Kenyan, English or Irish? How can one man be eligible for citizenship in four countries? Birthright, permanent residence, having a grandparent born in another country, or changes in governmental jurisdiction over the place you were born can all qualify you for citizenship. But proving that you qualify and applying can sometimes be a long and confusing process.

My husband is an English citizen with a UK passport and permanent US Resident Alien status. I am American, and our children were all born in the US and are also American citizens. Because children of British citizens are eligible to apply for a British passport, one of our sons asked me to help him complete a UK passport application. A US citizen may obtain a foreign passport without putting his American citizenship into jeopardy. It is not against US law to do so, as long as taking on the foreign citizenship does not require you to renounce the United States in any way (and it rarely does). A UK passport will allow him to travel and work freely anywhere in the European Community (EC) without first having to obtain a visa. This will be a great asset to him when he wants to visit his English relatives for a long period, or even work abroad.

In Ireland, Italy and elsewhere, obtaining a foreign passport is a two-pronged process. First you must prove your right to citizenship in the foreign country (and register the birth), then you apply for the passport. In the case of the United Kingdom, however, it can all be rolled into one step. There are usually a few ways in which you can qualify for citizenship. Most of the foreign passports I have obtained for clients are done by proving that they had a grandparent born in the foreign land. As long as that grandparent was not naturalized in America before the applicant's father was born, the applicant is qualified "by descent." When our eldest son was born, I tried to have his birth registered in England. If I had been successful he could have just applied for the passport today as any English citizen would. Although my husband is English, he wasn't born in England: he was born in Kenya! At the time of his birth in 1960, Kenya was a Protectorate of the UK, which is why he was granted UK citizenship. All children born in Kenya at that time are eligible for UK citizenship themselves, but not all are able to pass eligibility down to their children.  The only way he could pass down his UK citizenship status to our children was if he were a UK citizen "otherwise than by descent," and that pretty much means either a natural-born citizen or someone allowed to qualify as such because of some special exceptions written into the law. The UK did not accept the application to register our son's birth because my husband was not born on UK soil, and thus they concluded he was a citizen "by descent."

But we got lucky and qualified under one of the exceptions. My father-in-law was sent to Kenya by the UK government to work in schools there, so my husband's birth is treated as though he were born in the UK, therefore he actually can pass down his citizenship status. When I originally tried to register our son's birth, I had not known this, but we now have a letter issued by the UK government which states that at the time of my husband's birth his father was in Kenya working for the UK government, so all I need to do is send that letter plus the original birth certificate. 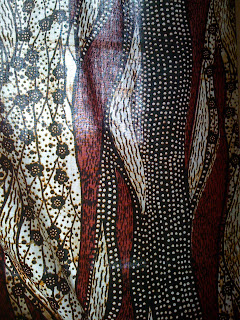 The next obstacle is that I don't have an original birth certificate: all I have is a photocopy. I wanted to see how difficult it is to obtain a Kenyan birth certificate so I went to the central website for civil registration in Kenya. It looked promising –– under the proper district I got a name and email address (info@births.go.ke) and sent a request off to them. Sadly, my email was returned as "unsendable" a few days later. I  also checked the catalog of the Family History Library in SLC, and not surprisingly, they had no civil registration or church records for Kenya.
Yet I knew that the British have been diligent about registering overseas births for many years, and on the Kenyan Consulate's website I found a very clear explanation of how the whole process works. I was then able to order two copies of his birth certificate (Certificate of Overseas Birth) from the UK General Records Office (GRO). I'm fairly sure they will not look at all like the photocopy of the one issued in Kenya. Once those arrive I can attach them to the forms, send photos, son's birth certificate, my birth certificate, our marriage certificate, and a big fat check to the British Embassy in Washington DC, and he should be good to go!
The funny thing is, my husband is English, but could have applied to become a Kenyan since he was born there. He could become an American too, and may yet. And in addition, since he has a grandparent (three out of four, actually) born in Ireland, he could also apply for Irish citizenship! So he could have four passports if he wanted! He's a simple kind of guy, though, and I suspect he'll stick with just the one. 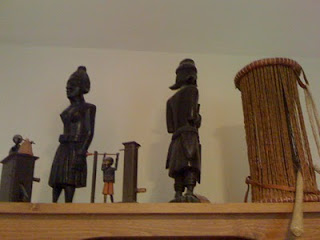 Really interesting and thought-provoking blog, Polly. At first I thought it was going to be another Obama story! Then I realised it had echoes with my own family history, and that of many others, especially the complications that arise when children are born abroad.

The whole business of nationality can be much more complicated than people think.

I think I feel a blog post coming on...

Thanks, Audrey. The title of the post was an intentional move to see if would draw web traffic from the birthers or whatever they're called.

You are right that the whole business of nationality can be more complicated than people think. Then again, so can everything...

Yes, do blog on it! I 'd love to read a professional's opinion!!

Nicely done! Back in late 1970, my wife and I were resident in Uganda (Kenya’s western next-door neighbor) where I was working jointly for the Ford Foundation and the Uganda Ministry of Education. At the time, we were expecting our first child who we fully expected would be born in Uganda. Naturally, we researched the citizenship issue. The citizenship issue was interesting, since under its 1967 constitution, Uganda did not have “birthright” citizenship for just anyone born in the country. You only got to be a citizen if your parent or grandparent was already a Ugandan citizen. Further, if you held or were entitled to hold dual citizenship (i.e., the Indian/Pakistani merchant class), you needed to renounce the non-Ugandan citizenship in order to hold Ugandan citizenship. Otherwise, you would lose your Ugandan citizenship and your children would not be considered Ugandan citizens. In Uganda, which, unlike Kenya, was never a Crown Colony, the British “protected” the African kingdoms and made it nearly impossible for non-Africans to (a.) acquire citizenship or (b.) own land.

Unfortunately, Idi Amin came to power in a coup in late January 1971 about 5 months before our scheduled due date and thus we headed home, settling the citizenship issue (at least for us) decisively.

Very interesting post, Polly, and a clever title to draw us all in :-)

We have a somewhat similar situation in my family. My British born brother is a naturalised US citizen. The UK does not recognise his renunciation of citizenship, so that makes him a dual national. Our mother was born in Canada and, through her, we have recently acquired Canadian citizenship through the "Lost Canadians" legislation. So my brother now has a choice of three passports!

Sadly, I received this message and a promise to refund my payment from the GRO: "We do not hold records for the certificates you have applied for. We suggest that you contact The Foreign Embassy of the country concerned who may hold the records."

I guess I need to revisit this! Will update when Iearn more!