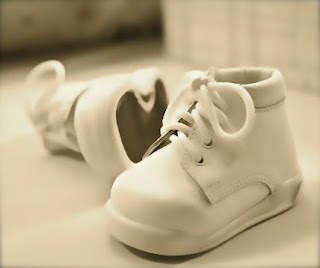 In Memory of Uncle Freddie, 16 November 1912 - 6 January 1913. At one month, 22 days he could coo, he liked high pitched sounds, and he was only another month away from sleeping through the night. Despite what everyone else said, his mother KNEW that he was smiling, not grimacing from gas pains. He smelled good. When his aunties held him he would gaze at their faces, already beginning to work out the complicated use of language and social cues. He couldn't roll over yet, but was tracking his brothers and sisters with his eyes. He was at the bottom of a very steep learning curve, but he had a big family to teach him.

One of the dormant projects in my "brick wall" category was the case of Uncle Philip. Or Freddie. Or, "it could be anything, really." Born after 1910, or maybe in the 1906-1910 sibling gap. Lots of maybes and what ifs. And a nightmarishly common name like FitzGerald in Boston at turn of the 19th century that dulled my enthusiasm for the hunt. So it remained on the back burner for decades.

In 1989 we went to Ireland to visit the townlands of my Irish grandparents. We read the parish registers and I tried to pump my mother for information. She suddenly told me for the first time of the existence of this baby! She couldn't remember his name, but thought it might be Philip. This would have been a bit odd since one of the other children had Philip as a middle name, but it happens.

One of the reasons it took so long is because research at the Massachusetts Registry of Vital Records proceeds at a snail's pace. You consult an index, create a request slip, wait for a call for slips (every 20 minutes, and only 3 at a time!), wait 15 minutes for the books to come, and check them. If they are wrong start the process all over again. There were only open for 3 hours at a time, so you could never examine more than 12-15 records, and that only if you were very lucky, and a whiz, and not intimidated by the staff.

I tried it and realized I was none of those, so I waited until the records from this time period were moved to the Massachusetts State Archives where they are open for a full day and you have free access to the microfilm. I remember about fifteen years ago giving it a good try. The goal: examine every male FitzGerald baby born in Boston 1906 to 1915 or so [laughs shrilly]. After that, I put it away and forgot about it.

So here is why we love the internet. Last night I was just goobering around on FamilySearch because I was pouting about Ancestry's intention to remove the Old Search function. I'm sure it will be fine, but it did put my nose slightly out of joint... Anyway, I was using that delightful trick of entering parents names and seeing all of their children magically appear when I thought of long lost Baby Fitz. And I found him!

William Frederick Fitzgerald was born 16 November 1912 to my grandparents, Patrick J., Longshoreman, and Annie (Sullivan) Fitzgerald (this lower case g in Fitzgerald is making my relatives cringe but that's what the record reads...sorry, folks!) It gives 2 Lamson Court in East Boston as the family's address. [1] Now of course this makes me wonder about how little William F. was welcomed into the world. He had three brothers and two sisters: Mary, 15; Jack, 13; Teresa, 10; Frank, 6; and my father, James, 2. I'm sure Mary and Teresa helped their mother out around the house, and Jack probably had a part-time job to help the family. It was a busy household. Annie must have been out of-her-mind tired! And it was Thanksgiving, Christmas and New Years.

One month, 17 days after his birth, Baby Freddie came down with broncho-pneumonia. It lasted for 5 days. He would have been fussy, had trouble eating from his blocked up nose, and it must have been scary as anything to see a baby suffer like that, not having the reassurance of antibiotics in the back of your mind. Five days later, Baby Freddy died, on 6 January 1913, Epiphany. [2] (I just suddenly realized that my father was always adamant that the Christmas tree remain up until Epiphany. I wonder if that year they had taken it down earlier.)

Here is Freddy's death record. He died at home, at what I believe to be the correct address: 12 Lamson Court. He was buried at Holy Cross Cemetery, Malden, by undertaker NJ Kelly.

A quick phone call to the helpful lady at Holy Cross Cemetery reveals that he is buried in the Baby Section, at 7 South St. Anthony, Grave 99 West. He was the second baby to be interred there, the first being James Sullivan who was buried on 1 September 1912. There are also Baby Sullivan, and Nora Sullivan. The grave was purchased by Catholic Charities at the time of the James Sullivan's death, and she was unclear whether or not it had a marker. She recommended I apply for one if there is not, as they are free. She is emailing me a map and when I get a chance, I'll rope my dear sister into going over to have a look and lay some flowers down in Uncle Freddie's memory.

As a young mother I was absolutely terrified that something might happen to my babies. I used to wonder often how mothers in earlier times coped-- days fraught with tension even just about kids catching colds. Our fellows suffered from croup, ear infections, pneumonia, and allergies, but I always had the comfort of wonder drug antibiotics. Annie and Patrick didn't have that, and they suffered what I was so afraid to. It is no wonder that they are often described as being somewhat gruff.

Polly you gave so much life to William Frederick. Thanks for letting us get to know him.

A beautiful tribute to this newborn baby and his parents, Polly. As a mother, too, the stories of lost little ones are among the most dear to my heart. I've found a few similar family members lost so early as I've searched for my own roots. Thanks for sharing baby Freddy's story.