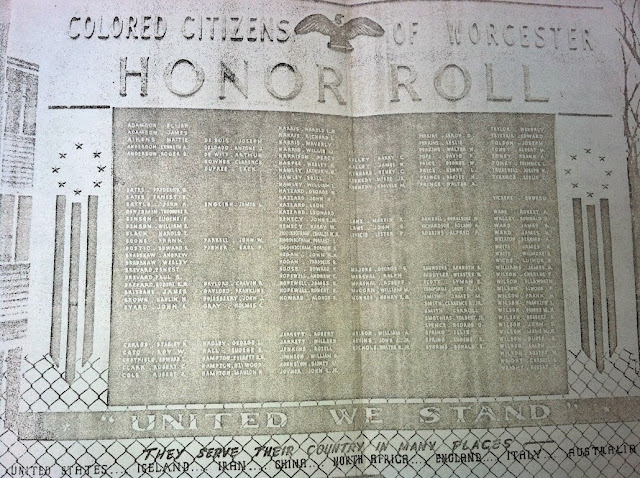 Worcester professor Thomas Doughton recently brought my attention to the fact that this "Colored Citizens" of Worcester [Massachusetts] Honor Roll from World War II is currently missing. It was installed outside the AME (African Methodist Episcopal) Zion Church at the corner of Clayton and Belmont Streets, but was removed during the construction of Route 290. I have asked for and received Prof. Doughton's permission to reproduce his photos of the memorial and pages from the dedication program. [1]

When the Worcester City Council met on 26 January 2016, the agenda included a request from William S. Coleman III to have the city administration support the efforts of Worcester's African American community to locate and [re-]establish a long lost World War II Memorial honoring Worcester’s "citizens of color who served our country.”[2] It was referred to the Veterans' and Military Affairs Committee. [3]

According to the program, the memorial was constructed by the Van Slett Advertising Company, sometime before August 1945 (the war was still on), on land donated by the AME Zion Church. Below is detail of a map of Worcester from 1891 in which the church can be seen, at the corner of Clayton and Belmont Streets. [4] Construction for Route 290 began in earnest about 1955-1960, I believe, so it was not up for long before it was removed and lost or destroyed. 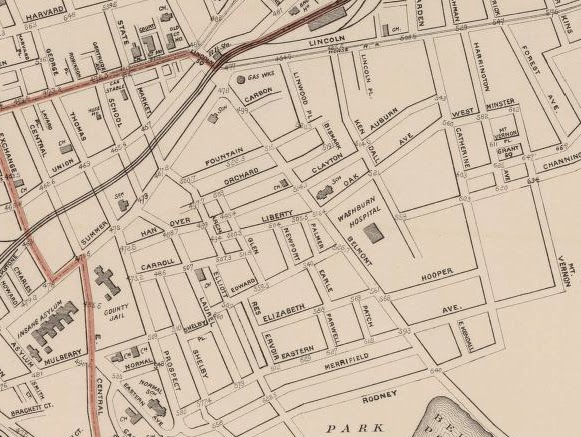 A Google map of the area is below, rotated. It looks like the Route 290 E off-ramp is what used to be Clayton. 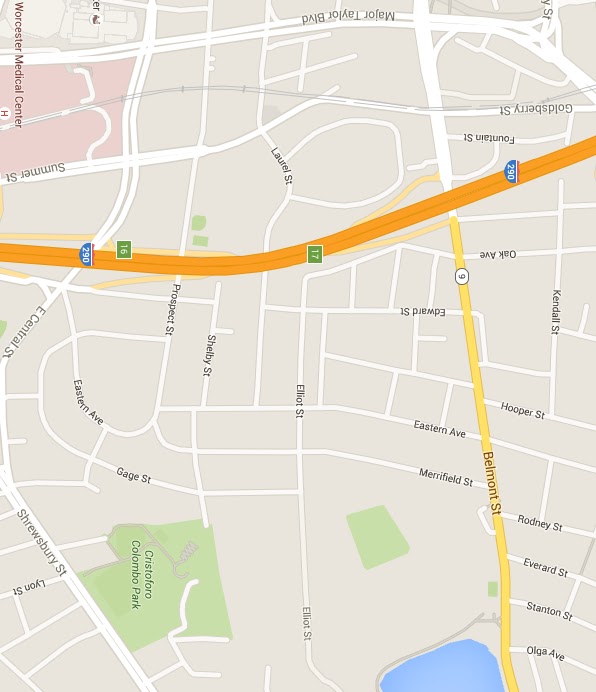 Here is a transcription of the names found on the memorial and in the booklet.


Also inscribed on the stone is "United We Stand," and "They serve their country in many places: United States, Iceland, Iran, China, North Africa, England, Australia, Italy."

Below are Professor Doughton's images of pages from the dedication booklet. 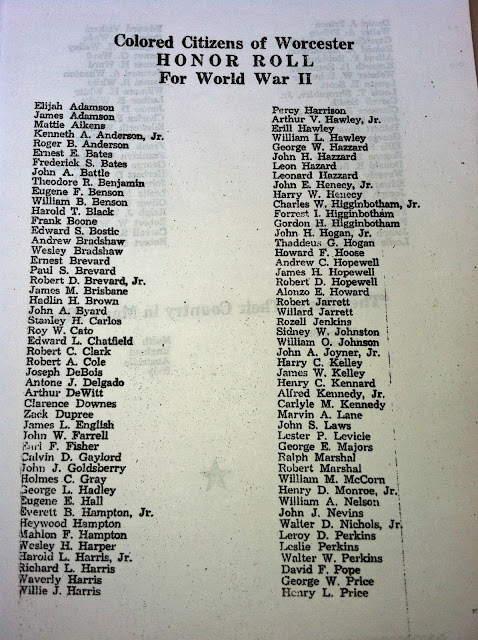 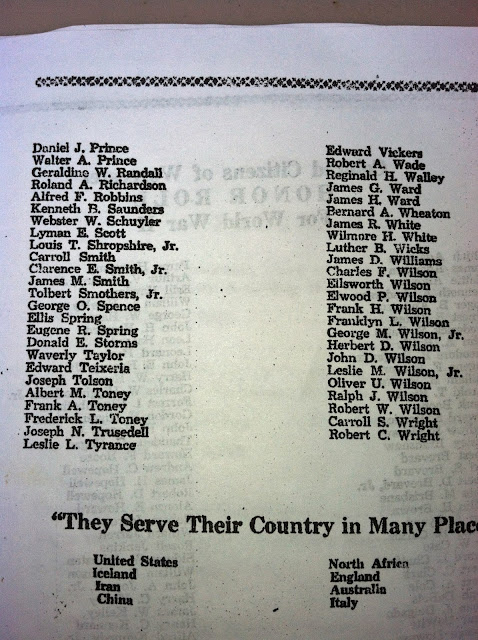 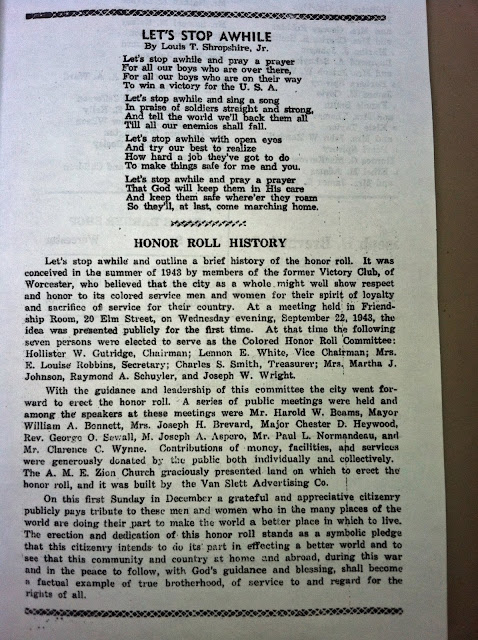 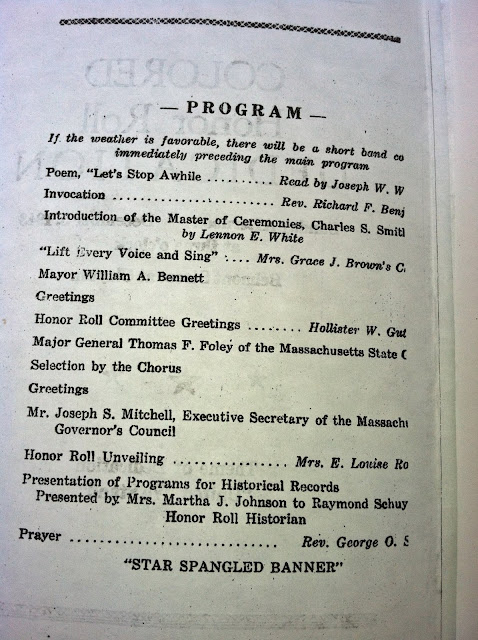 So where is it now? Inquiries are currently being made. Stay tuned! I will update this when/if we can track it down.

Robert A. Cole was from Northfield Vermont originally. He later served with the Tuskegee Airmen.

Thank you!
From the family of SGT. FREDERICK L. TONEY