Have you ever sat down and counted up all of the places you've lived in? As I write this, the list grows and grows! I've called lots of places home in my life even though I'm not really the moving type. Here's a rather long autobiographical post about places I've rested my head at night.

When I was born my parents lived with my mother's mother in the 200-year old Barnes family homestead, a big colonial in Scituate, Massachusetts. The house, at 48 Booth Hill Road, was built by my sea captain ancestor Israel Vinal Sr. and given by his grandson Nathaniel to his daughter Polly Vinal at the time of her wedding to Joseph Barnes of Hingham. This house is the basis of my logo, shown above and on my business cards.


Grandma had raised her five children there and when I was born my parents and three siblings were living with her. We moved from Grandma's house when I was a little less than three, but I still have a few hazy memories of being upstairs in a crib watching the shadows playing on the wall while I waited for my mother to retrieve me. The difference in age between my older siblings and me is so great that my eldest brother graduated from high school in Scituate before we moved away, and my sister stayed with Grandma so she could graduate that year. And then they were off to college, and my parents and brother and I moved to Marshfield.

After we moved to Marshfield we visited my grandmother in Scituate on Saturdays until she passed away when I was just seven. I loved my grandmother wildly. She was the only living grandparent I ever knew and she played card games with me every Sunday when she came to have dinner at our house. I thought she was very funny because when I'd need to pause for a potty break, she'd say, "Go for me, too, while you're in there, will ya?" Grandma was intelligent and civic-minded and extremely well-read. I wonder what we talked about? One of my fondest memories was the old stone wall in front of her house. I just loved walking along on top of the stone wall and holding her or my mother's hand. It made me tall, granted me a new perspective on my small world and gave me a sense of power. This is where my love of history began.


Our next house is the one I think of as my childhood home, where I "grew up." I played outside in the woods, climbed trees, played house, got my first cat, Pansy, and learned to read, ride a bike, cook, swim, play the flute, hula-hoop, and on and on! It was a small ranch on an unpaved road only a quarter of a mile from the Atlantic Ocean in Marshfield, one town away from Scituate. We lived there for eleven years and I loved it. I knew every nook and cranny of the neighborhood and felt confident there. I had friends a few doors down who treated me like family, and to this day, when I smell certain smells or something triggers a memory, they always come to mind.


My parents moved back to Scituate when I was in the middle of 8th grade. Lots of people seemed to know and remember me, but they were all strangers to me since we had moved away when I was so young. We lived just three houses down from 48 Booth Hill Road, at 84 Booth Hill Road. It was an old house, built before the Civil War. The people who had lived there hadn't renovated it ever, except to add a bathroom. My parents had to install a heating system, even! This is the house I lived in from about age 13 until college, with the occasional stays until 1990. If I had to choose one house to call home, this would be it. My parents lived here from 1968 until 1990 or so. My brother inherited the house from my mother and lives there with his family.

Once I went to college things started to pick up. I lived in two different college dorms at UMass, Knowlton (all female––synchronized periods!) and Lewis. I worked at the Cape in the summers and lived in a rooming house (!) and a motel. The latter was distressing to my mother because I brought home "water bugs" aka cocroaches!!! in our minifridge at the end of the summer. Nasty.

As an exchange student in France, I rented a room from a very old woman and her daughter who invited me to dinner every Sunday night. The daughter, Therèse, had quite a beard going, and she would slurp her potage, fall asleep and snore loudly, leaving Madame Habeault and I to chat about World War II and other niceties. Again on exchange, this time for a summer in Quebec, I stayed in a house with several other students. All I remember is sparse. Then after college, I lived briefly in a double decker in Watertown until I moved to Italy.

In Rome I lived in lots of different abodes, including: a couple of different pensiones; a tiny, grubby, garret studio apartment; a nice apartment that I shared with two Iranian cellists (?); my office in Piazza Barberini; a horrible room in a horrible apartment rented to me by a horrible man (beard stubble in soap--shortlived); my temporary fiancé's mother's house, and a few other forgettable places. At that time I was living out of a huge suitcase, so the trauma of moving was minimal, but I hated not being able to put down solid roots. The fiancé thing didn't work out, so I returned home. 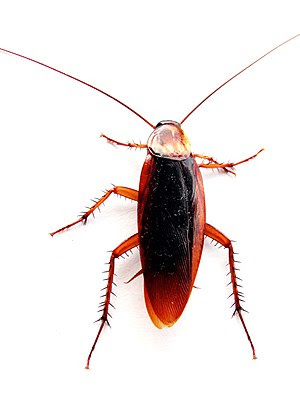 Image via Wikipedia
After staying for a few months with my parents I moved into an apartment in Watertown, sharing a double decker with a different roommate. The place was okay, but the landlord was a creep and wouldn't fix things, so I moved to more cockroaches in Cleveland Circle, Brighton. Of course I didn't know it when I moved in, but a lady down the hall had extreme squalid conditions in her apartment and oh, never mind. Bad memories of wearing a hoodie to bed at night tightly ensconced under the bedclothes. As soon as I could I moved to a fine studio apartment in Central Square in Cambridge, walking distance from work. I loved that little place. So easy to clean, as opposed to the 10-room monster I now live in. No roaches, but you could hear the people in the next apartment via the oven vents and they sounded as though they were in the same room. Final working girl apartment was again in Watertown. Nice place, clean, one-bedroom, easy commute to work, easy parking. Loved it but finally moved when we married.


For someone who liked to feel settled, things weren't going well. Myles and I packed up our respective apartments and put it all in storage because we moved to England for a year so that he could get his Master's (Mahstah's) degree in electronic chip design at the University of Southampton. We lived in international student housing in a dear dwelling I referred to as the "Hell-Hole." Talk of sparse! There was a coin-operated machine in a closet via which we purchased electricity, and it took us three months just to get a telephone. The walls were moldy, despite the under-floor heating which just served to bring all of the hidden bacteria from countless past students to the optimal temperature to spread disease. Eww.


Back to live with my mother at 84 Booth Hill while we shopped around carefully for our first home. I was psyched! We ended up in Shrewsbury, just past Boston's Metrowest, because the cost of living was great, schools had a fine reputation and it was good commuting for Myles. We bought a little brown cape we nicknamed "The Snuggy Brown House." This is the house where I finally got to unpack my wedding presents two years after we married! Its where we brought all three newborn sons home, where they puked and pooped and drooled and ripped and scribbled their way through their early years.


When we reached the point of having three kids share one bedroom, we decided to move, and finally came to our present home, still in Shrewsbury. It's big and comfortable and was brand new when we bought it. It doesn't have the character of an antique home, but new construction is so much easier to maintain. This is where my babies have grown up, gone off to college and where I've honed my genealogical skills. After this I don't think we'll live in more than one more place. Or I would have said that before writing this post, but seeing how easy it seems to have been for me to move, maybe I'll be proved wrong.


It's funny how quickly someplace can feel comfortable, become the spot where you unwind, the spot you crave when you are tired. Big or small, new or old, I remember that about all of my homes.

What a great march through time! Thoroughly enjoyed it. Think I'll do the same and make a compilation. You've inspired me.

I loved this post, Polly! It made me reflect on my various homes through time. (It also made me wonder if I still have pictures anywhere of my childhood homes!)

Beautiful post. Thank you Polly.
Made me realize that I had zapped several dorms and so on. I thought I had only lived in 14 houses (in 12 countries). Now the count is rising.
Like you, many homes were lovely and ... homey. Others were temporary. All were home.

Hi! My name is Jeanette and I live at 48 Booth Hill Rd! My little sister and I love climbing on the stone wall ourselves and we have heard of the Vinals. The crypt
is across the street and we always love to go exploring there. It is so much fun to play in the enormous backyard, and the big sugar maple. Next to our house,(like in the picture) we built a big red barn. I love my house so much. Every knook and cranny, trap door, and every crooked floor board. My parents have lived in this house for 13 years now, and it is so dear to all of us. 1723!!!!

Hi Jeanette! Thanks for your comment. Aren't you so lucky to live at #48! We actually met a few years ago when your family very kindly welcomed the Barnes Family Reunion contingent into your home. I was the one that made the book about the house for you. We so appreciated you all letting us look at all of the old familiar spots. The restoration of the house is beautifully done and your decor is perfect! I'm so glad you are loving the house as so many other children have loved it before you!