When Myles' family lived in Africa (circa 1960-1980) they were friends with some Catholic missionaries, both in Kenya and later in Nigeria. They called them the "Catholic fathers."  I was always a little surprised by this because father-in-law Brian was fairly rigid on his Church of Ireland theological doctrines. But he also enjoyed a good debate, so I expect he welcomed a discussion on the finer points of Biblical exhortations.

They maintained contact over the years through Christmas cards, phone calls, and even a few visits. Since Brian passed away last year Myles has been gently closing the various chapters of his father's life, and this was one that cried out for closure. So on a recent visit to Ireland we made it our mission (pun partially intended) to seek them out.

Saint Patrick's Missionary Society maintains a retirement home for these missionaries in beautiful Kiltegan, County Wicklow. It's probably not accidental that it is located not too far from the ancient monastic city of Glendalough. After a long and winding drive through the gentle hills we arrived at what seemed to be a campus, and indeed, this is where they had all been schooled by the Saint Patrick Missionary Society. I like this concept and hope that someday the University of Massachusetts at Amherst will have my cohorts and me back for retirement, perhaps giving us our old rooms back!

Poor Father Lawler at first was puzzled as to why we were there. He was humble and honored by our visit and showed us around. Since we arrived half an hour before lunch he invited us to join him. They have a fine, efficient cafeteria and we enjoyed a healthy meal together. Father Lawler pointed out a few other priests that had served with him and Myles vaguely remembered them, too. A few of them joined us at our table. I loved seeing them perk up as the memories started to flow. They became quite animated and stood a little straighter by the time we left.

It looked just like any other retirement home, but I had to marvel at the collective global experience of those men as I scanned the room. They have seen a lot of suffering, probably endured it themselves. And they've done a lot of good as well.

Of course as a genealogist I was drawn to the cemetery. The uniformity of the markers was striking but it seems a suitable resting place.

As I sat among them I fervently hoped that they had been untouched by scandal, but sadly there was one case where a man was associated with another who had abused a young girl. These guys were once young, idealistic and brave, and I hate to think of all the good they have done being ruined by the corrupt, but that's the story of today's church.

There are no more missionaries being trained here. The seeds these men planted 50 years ago have come to fruition and now missionaries hail from the very countries they served in--Nigeria, Kenya, Malawi, and more. 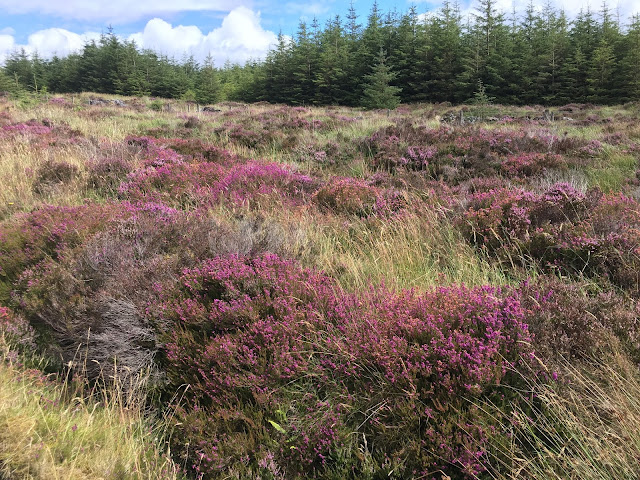