[Continued from "I Call to Mind My Parent Dear": Isaac Stone's Tribute to His Mother


This is the last installment of Isaac Stone's beautiful manuscript on his family history. It's not addressed to anyone in particular, so I wouldn't call it a letter. It's more about his relatives than himself, so not really autobiographical, either. Yes, I guess it is notes on his family history: almost a compilation.

I took to my software program (newly updated Reunion for Macintosh, v. 10) and created a tree using only the information in his letter, and only if I was sure of what he meant. The relationships in this portion of his work are not always so clear, so I left a bunch of them out altogether. I resisted the temptation to check it all via the published vital records, and will leave that to anyone who really wants to pursue Isaac and his family, or for another time. 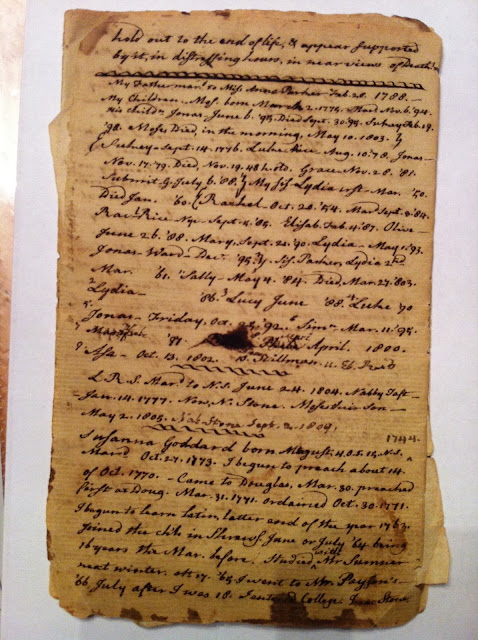 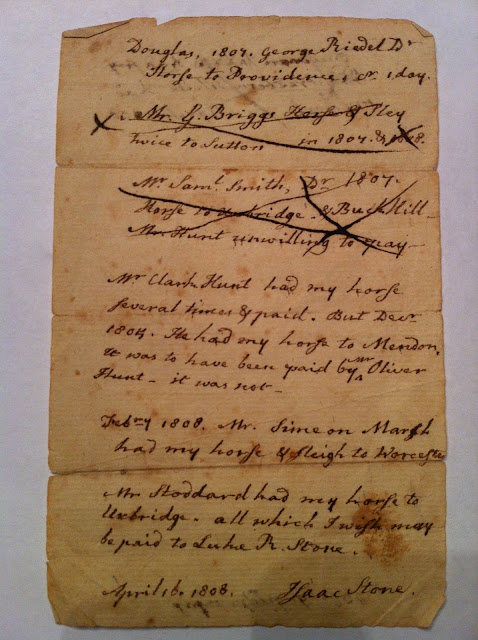 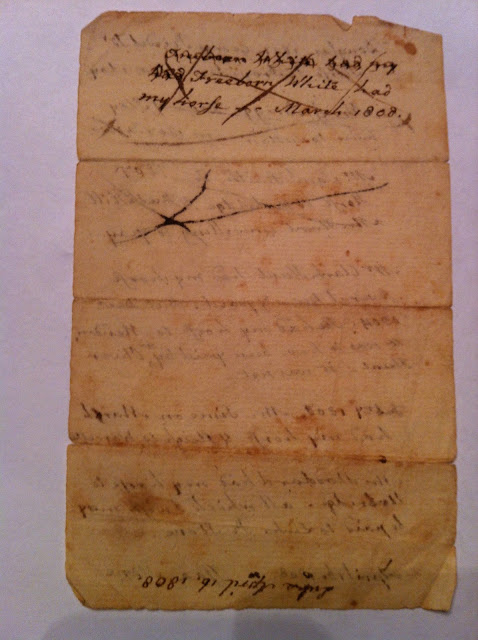 This chart comes out very tiny here, but gives you an idea of how much information Isaac provided!

This is the end of series on Isaac Stone article. For other posts in the series, please see:


Isaac Stone of Shrewsbury and Douglas, Mass.
Sensible of His Vileness: The Battle for Isaac Stone's Immortal Soul
Isaac Stone's Paternal Ancestry
"I Call to Mind My Parent Dear": Isaac Stone's Tribute to His Mother
Posted by Polly F. Kimmitt at 2:30 PM