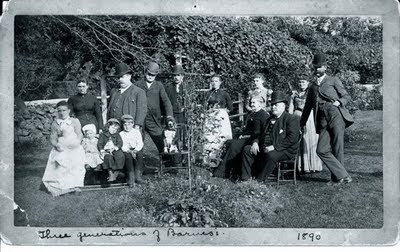 The inscription on the back of the photo was probably written by my grandmother, Vernetta Gertrude (Jones) Barnes, who eventually married William Barnes, the child with his head tilted and longish hair.