Briefest of Histories of Genealogy 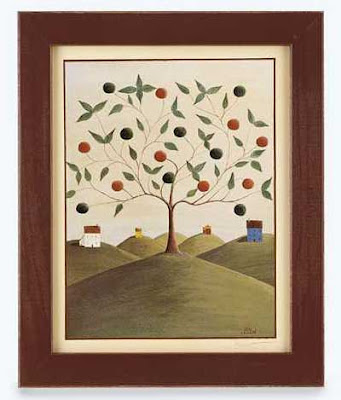 I recently agreed to write a column for an online newspaper that centers around my town. Here is my first column.

Genealogy, or the study of our ancestors, is the fastest growing hobby in the United States today. Let's look at the history of genealogy as it moved from an obscure form of record keeping into an expanding field of professional study.

Originally, genealogy served as a means to validate someone’s ancestry, whether to prove religious qualification, as in the Biblical genealogies, or to prove the right to inherit land and title, as in heraldic genealogies. For millennia it changed very little, remaining a dry list of begats guaranteed to put readers to sleep. You may be familiar with Bible passages like this one: “Matthew 1:3 And Judas begat Phares and Zara of Thamar; and Phares begat Esrom; and Esrom begat Aram…” Riveting stuff!

Well if that’s all there is to genealogy, why is it the fastest growing hobby in America? Documenting your family history is addictive detective work! And it’s all about you. It’s like assembling a jigsaw puzzle that keeps pulling you in with its detail and interestingly shaped pieces: each one containing a tiny clue as to who you are. And just so you never get bored, its edges are unfinished, always inviting further exploration in an infinite variety of directions.

You start with a modest goal, perhaps “Who were my four grandparents?” When you solve that, you then have clues about your eight great-grandparents, and your family tree has just doubled! The modern genealogist is not content with simply listing begats, however. Today we are family historians, gradually unfolding the mysteries of who our ancestors were, why (if) they came to America and what they did when they got here. We flesh out the birth, marriage and death information with bibliographical information that brings them alive.

Genealogy was wildly popular in the nineteenth century. It was the tool by which potential members proved their worthiness to join elite lineage societies like the Daughters of the American Revolution (DAR) or the Mayflower Society. In order to join, you had to prove descent from a Revolutionary War patriot (DAR), or a passenger on the first Mayflower voyage. Membership was a privilege determined by birth and therefore off limits to recent immigrants, African-Americans and Native Americans. It was a hobby mainly of upper-class white Protestant women who seemed to specialize in finding ancestors with status. There was no mention of black sheep, skeletons or scoundrels of any kind. Because of this, I believe, genealogy experienced a gradual decline in popularity throughout most of the twentieth century. We all know we have unsavory characters in our family and people automaticaly discounted themselves from the hunt because they felt unqualified in some way.

In the 1920s there was an upsurge in scholarly approach to genealogy. Research and reporting standards were established which helped all genealogists be more accurate and productive. Still, the vast majority of those doing family history research continued to gather secondary information and write about it selectively, without citing their sources or using proper analytical techniques. But the professionals were starting to teach the rest how beneficial proper techniques can be. By 1964, the Board for Certification of Genealogists ® was founded, thus finally establishing genealogy as a professional field of study.

Alex Haley’s miniseries Roots, the story of an African man captured and brought to America as a slave, was broadcast in 1977. It told the story of the immigrant’s descendants and in so doing validated the worthiness of everyone’s genealogy. Some began to realize that they had no sense of history in their own families which had been separated by war, job-opportunities and divorce. Many were in the dark about their own ancestry.

Yet even with the wild popularity of Roots and a growing tendency to honor America’s multiple ethnicities, genealogy was still a rather neglected pastime. Those who did take it up were known to bore the whiskers off anyone silly enough to enquire as to how they were. Despite the influence of professionals, the final product of most genealogists was only a little more detailed than the biblical begats. Genealogists were still perceived as dotty and eccentric name collectors who would boast of having “finished the family genealogy.” Too many still relied heavily upon previously published genealogies, and they didn’t care much about citing the sources of their information.

In the days before the internet, research was agonizingly slow. Work was done in libraries, courthouses, archives or by mail, and proceeded one step at a time, sometimes with weeks between steps. It was a hobby for most and a profession for very few: all were extremely patient.

In the mid-1990s the internet came along to magnify genealogical knowledge, for better or for worse. Message Boards like Rootsweb sprung up, allowing individuals to compare notes about their surnames of interest or localities, etc. Ancestry.com was a leader in digitizing and indexing original sources and providing them for a fee. Before we had time to wish for it, the Church of Jesus Christ of Latter Day Saints put online some of its holdings, including the International Genealogical Index. Many archives realized that they could provide widespread access to their holdings without the wear and tear of individual researchers actually touching the documents, so universities and libraries began to digitize their holdings. And even some governmental agencies began to do the same with vital records. Like kids in a candy store, genealogists everywhere went crazy.

The internet catapulted people into genealogy faster than anyone could believe. All it really takes is one look at your great-grandmother in the 1880 census to get you hooked. You can see who she’s living with, how many children she has with her, (maybe some by a different husband), who her neighbors were, where her parents were born and all kinds of things you thought you might never know. Instant gratification! You get your information, but then are left with more questions, so the search continues. Endlessly addictive!

Between changes in society and the availability of information on the internet, the field of genealogy has changed dramatically in the past fifty years. The stigma attached to genealogy was reduced as the racism inherent in the lineage societies dissipated. The DAR now not only welcomes but celebrates African-American and Native American applicants. The Mayflower Society works with Native American groups to celebrate their heritage as well. Professional organizations exist to help beginners learn how to properly record their own family histories so that they can enjoy the full story of their own varied ancestry. With the proliferation of information on the web came also a multiplying of faulty data, thus the need for professional guidance became even more important. Conferences and institutes are held all over the United States where you can learn about Polish, Irish, Italian, Mennonite, French-Canadian, Cherokee, Freewill Baptist or just about any group you can think of. DNA testing can confirm some relationships, though not, obvously, provide a thorough genealogy. In addition, it can show you the trails your ancient ancestors took when migrating to Europe or wherever they ended up.

Today, the skillful genealogist uses professional methodology. We continually educate ourselves to stay current not only with record sources, but with methodology. We consult a wide variety of sources, both in repositories and online, to flesh out the lives of our ancestors. Every single item of information is attributed, via footnote, to a source which is then evaluated as to relevency. We acknowledge when there is not enough evidence or there is conflicting evidence. When there is no direct evidence, we write a proof argument using indirect evidence. Accreditation or certification are two of the ways in which professionals can be credentialed, and there the opportunities for learning continue to grow exponentially. Not everyone needs to be a professional, but if you follow professional methods you will find that your research is much more fruitful and will lead to discovery of more detail than you dreamed possible.

Nice work. Your local newspaper is lucky to get your column, thanks for sharing it here!

That's a great post (and a great column). Good luck with the column.