The last list of soldiers listed in the Book of Remembrance held by the First Congregational Church in Shrewsbury is from the Korean War. 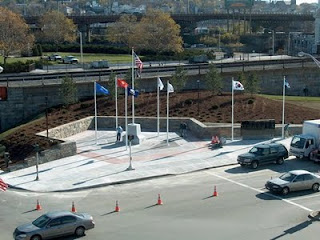 Compare the church's "Honor Roll" to the Central Massachusetts Korean War Veterans Memorial Honor Roll. Online at http://www.sbsb.com/korea/index.html there is a rather dated description of the memorial. Seems it was a long time in the making. According to the website, there are only two Shrewsbury names on it:

Dana A. Curtis, USA and

Note that only Lloyd Hill is listed in the FCC book. Maybe Dana A. Curtis was not a church member.   A 21 October 2007 article in the Worcester Telegram describes the dedication of the memorial, saying it had taken many years and $1.8 million to complete. 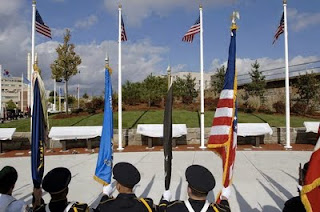 Photo courtesy of the Telegram.