I love the Library of Congress American Memory Collection (http://memory.loc.gov/ammem/index.html). Here are a couple of knitting photos I downloaded years ago. 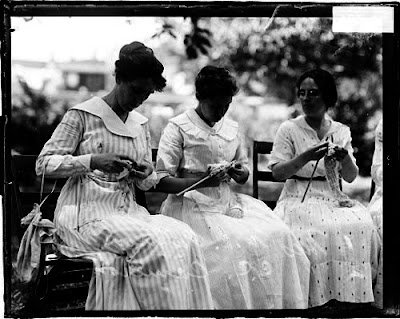 [Women knitting, as they are sitting outdoors on wooden chairs]

Group portrait of three women knitting as they are sitting outdoors on wooden chairs in Chicago, Illinois.

This photonegative taken by a Chicago Daily News photographer may have been published in the newspaper. 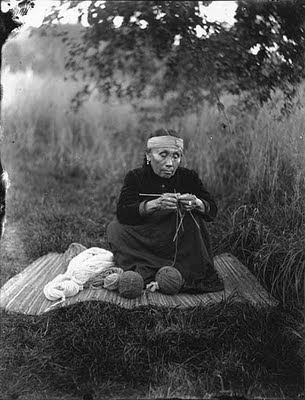 From "American Indians of the Pacific Northwest"

Thanks so much for reminding me of this terrific collection....as a knitter, I especially liked the picture choice!

I have nominated you for the "Kreativ Blogger" award....you can pick it up here:
http://ancestortracking.blogspot.com/2009/11/kreativ-blogger-award.html

Thanks so much, Mary! I've started following yours as well!