How Many Repositories Can I Visit in One Day? 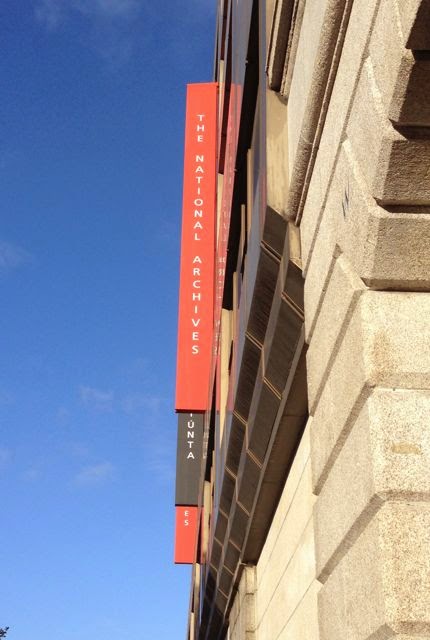 1. "Back to the Old Home--Genealogical Research in Dublin"
2. "Digging for the Truth at the National Archives of Ireland"
3. "How Many Repositories Can I Visit in One Day?"
4. "Irish Land Records Not Just About Land!"
5. "Wronged Again"
6.  "He Endeavored to Lay Claim to This Land But Was Prevented" 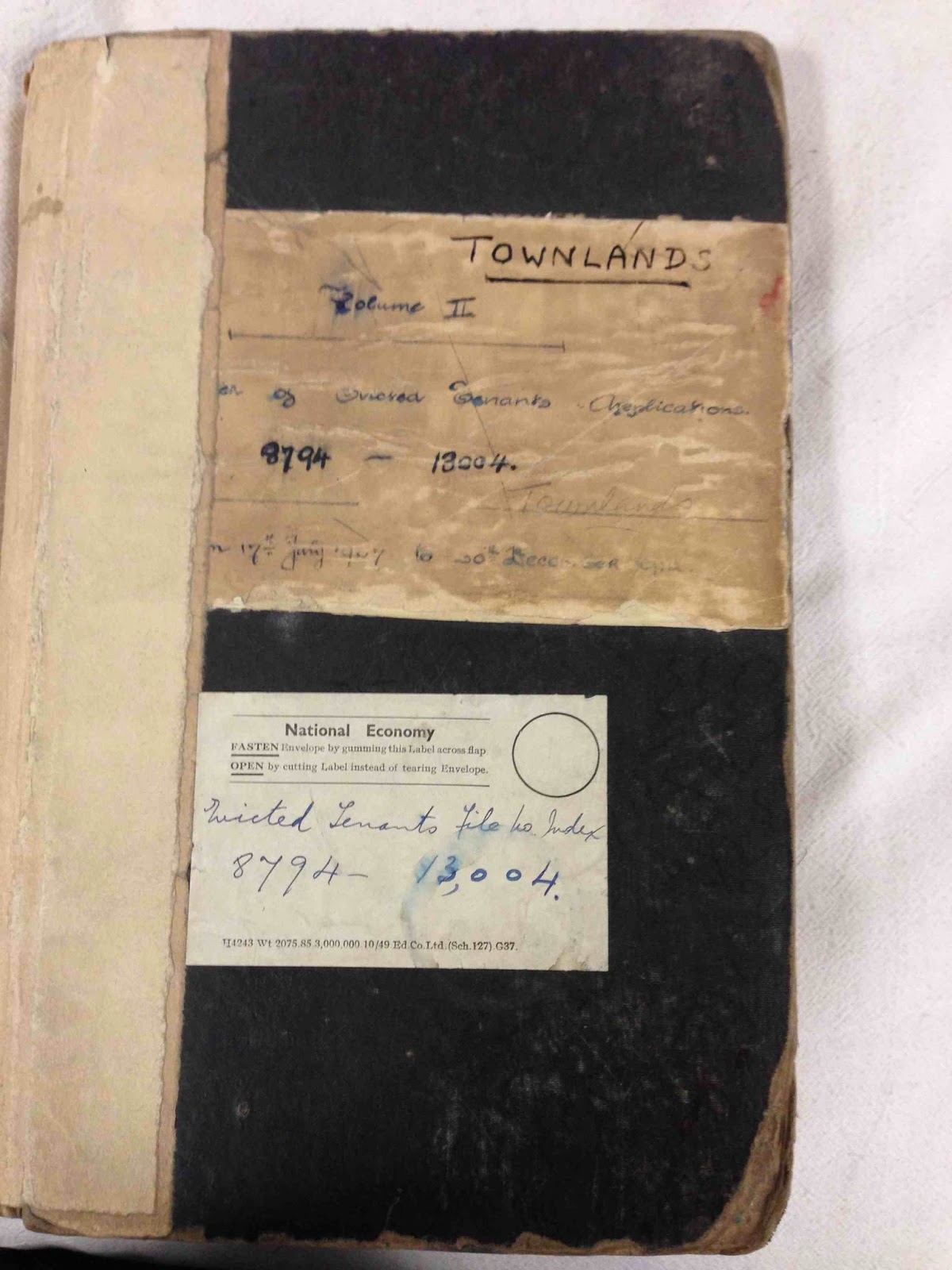 On Wednesday I was schizo! I had to fling back to the National Archives to see if the index for Evicted Tenants had come in so I could order the next round of files. It had! Great jubilation there because of the doubt created when the employees argued about how much info was required on the request form. I was happy to see it, indeed. I was also glad to learn a little more about the actual record group, especially that it was created by the Irish Land Commission. I only had time to go through one box because Donna had us booked for the Valuation Office in the afternoon, but I found a reference I thought looked promising.

I took this information to the desk to request the file and another discussion ensued! It wasn't enough information. Or the number is too low. Yet no one could tell me what other info I should add, so I called on the archivist and they agreed they'd try and find it with that information. Since it was off-site, I'd have to wait until Thursday to get it. But I didn't have time to go through the rest of the boxes before hurrying off to our next appointment. I decided to come back Thursday and go through those, then order it.

Also, the wills I ordered came in, and they were lovely, especially my husband's great-greatmother's will: "To my daughter Mrs. Elizabeth Mary Stephens Churton ... the small silver cream ewer presented to me by my children on the twenty-fifth anniversary of my wedding..." an artifact which is probably still in the family. I love that!

Then we rushed off to the GRO to get some more certificates. I think. At this point, it's all a blur! 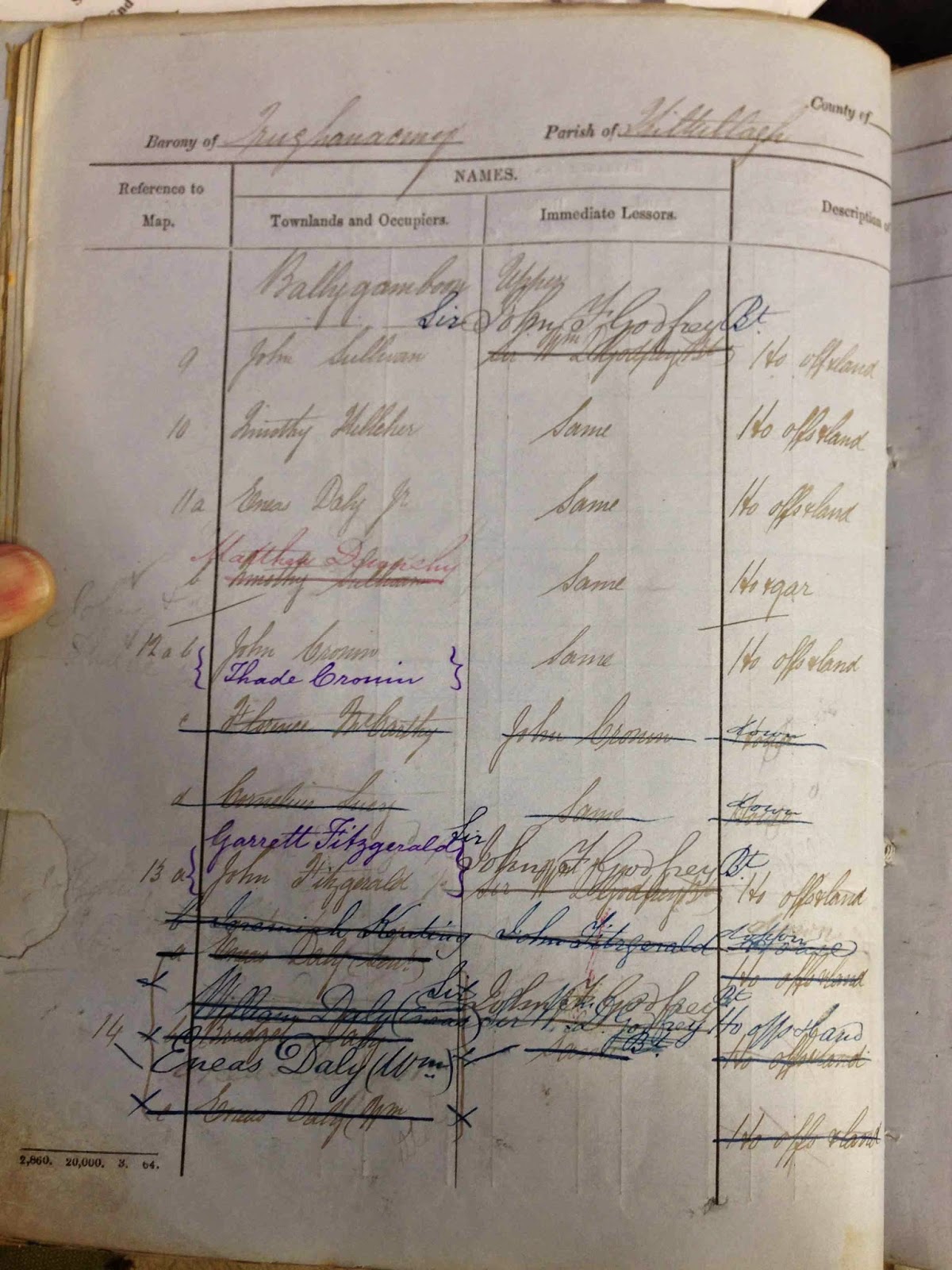 Finally, a long-awaited visit to the Valuation Office where we were able to consult the revision books. I won't go into detail on them because it's a bit complicated, but essentially you can follow the ownership of a piece of land through time, with changes indicated in different colored inks (if you're lucky), and a little key telling which year is associated with which color. I, of course, am not lucky. So revisions were made in brown or blue ink, and several in each, so it's impossible to be precise. In any case I did find my John FitzGerald where I had hoped to, in Farnes/Farna, but only for a short while. That is very good because he wasn't there in Griffiths, but he was there for the birth of his children from 1867-1875. He or another John also appears in another townland, too, Ballygamboon, and he is next to or with Garrett FitzGerald. I know my John had an uncle Garrett, so it will require some serious analysis. I took photos like mad and will study them when I get home. I don't like researching this way because sure enough I'll get home and wish I could see the books again for some reason or another, but when time and money are at a premium you just do the best you can and make sure that camera is charged!

By the end of Wednesday my eyes were tired, my brain hurt and I was pretty tired. We discovered a wondrous Italian restaurant that served the most tender and tasty salmon I've ever had. We loved our meals. The Nigerian chef came out to chat with us and it was a nice relaxing end to a frantic day.