This is part of a series of posts about a research trip to Dublin.

1. "Back to the Old Home--Genealogical Research in Dublin"
2. "Digging for the Truth at the National Archives of Ireland"
3. "How Many Repositories Can I Visit in One Day?"
4. "Irish Land Records Not Just About Land!"

5. "Wronged Again"
6.  "He Endeavored to Lay Claim to This Land But Was Prevented"


You may have noticed by now that we spend an awful lot of time examining records having to do with land. From Evicted Tenants records to Valuation to Deeds, much can be gleaned from land transactions.

After a somewhat leisurely awakening and breakfast I meandered over to the National Archives on  Thursday. I had a little more time to go through the remaining boxes of indexes to Evicted Tenants and found further reference to the entry I had found earlier which pretty much confirms it is my guy, or makes it very likely. The landlord was said to be Rae (yay!) and the year of eviction is 1884. the only sad thing is that his application was refused. With great hope in my heart to finally getting to the bottom of Patrick's family's eviction, I submitted the form and made myself wait one more day to find out. 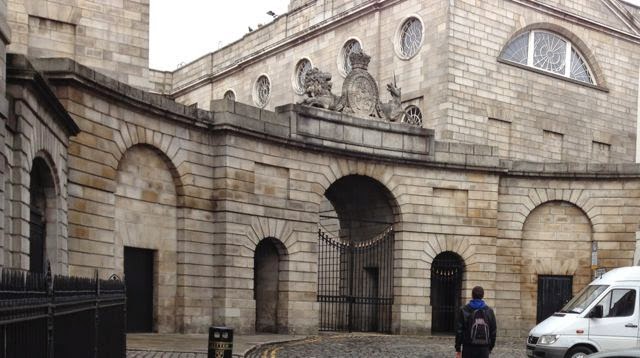 No time for lunch. Donna and I stopped by the GRO again while on our way to the Registry of Deeds. I was the only person on the tour to opt for the Registry of Deeds. And I only did because of my husband's ancestors, not my own. My poor Irish Catholic farmers would not appear in these records. But landowners, and those entering in a marriage interested in protecting their assets would make special arrangements, so I had lots of good luck there. A person could spend many happy days there! Life would be a lot easier if they allowed us to use cameras to record the memorials, though. I transcribed like a fiend all afternoon. I am going to guest blog on Donna Moughty's Blog about it, so you can read more about it there.

I walked all over creation on Thursday and was really tired (a running theme!) by the end of the day. It was raining all the way home so I arrived like a drowned rat. We decided to dine in the hotel and had another two-hour relaxing meal.

Finally on Friday (today) I was to get the information I had been seeking. I came to the archives full of hope but before I could even set down my computer the man at the desk told me I had no file.* "It's not there." He was still convinced the number was too low, so I had to retrieve the index and show him the entry. He then made a phone call over to the remote site. They couldn't find it but did locate another John FitzGerald file. I ordered that and it will be mailed to me, but I'm afraid I'll never get the real story of what happened to the FitzGerald farm. (See next post for update!)

Dejected, I turned, finally, to the Registered Papers. Another fail! I had a box full of mostly mundane paperwork, generated by lots of different agencies, from all counties. The numbered case files I had ordered did not fall between the numbers contained in the box, so it was useful, if interesting. 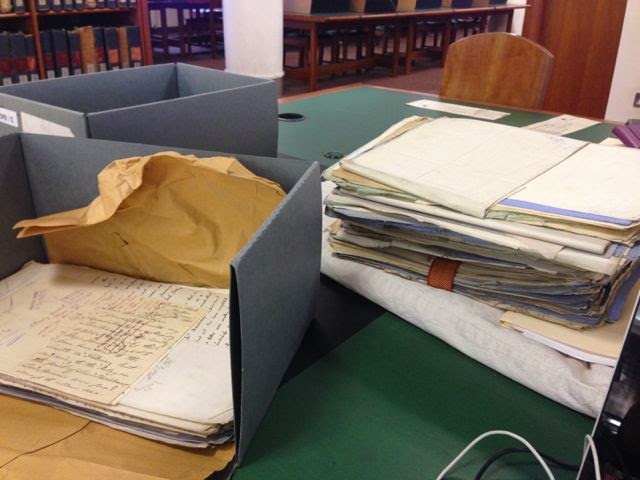 Finally, one last trip to the GRO for some more John Fitzgerald death certificates. I keep thinking that to straighten it out I'm going to have to do a one-name study but unless I can involve my kids in it, I fear that's a project without end because I'd never finish it in my lifetime!

* I thought he said "You have no foil!" and that I had violated yet another rule. Took me a minute. Hey, it was morning!